What is your cats love language?

Not sure – take the dosha quiz now and learn what your unique kitty likes and dislikes are as well as how to better support them in staying happy and healthy.

As pet lovers, we all recognize that the connection we have with our cats is very different from the way we interact with our dogs. It’s not just a myth that kitties are more independent and self-reliant than dogs — it’s a fact.

Find out what your pets personality is dosha quiz https://sarahjanefarrell.com/what-is-your-pets-dosha/

Learning to communicate with your animals is the best gift you can give yourself and your animal companions and it is not a gift given to a chosen few.

In fact non verbal communications is something you came in knowing how to do and then forgot as the world imprinted its cultural mores and moralities and faulty programs on. You just have to return to trust in yourself and trust that you can help your animal friend heal from trauma and trust people again too. Ask me about the online home study Trust Process or next live Trust process 2 day workshop in your area or email me if you would like to host one for your people. Learning this life changing Trust process is the foundation for everything and will increase your intuitive muscle when you are talking to animals and offering them healing energy or bodywork.

Cats simply don’t view their humans in the same way dogs do.

For instance, they don’t get crazy happy when we arrive home. Their primary attachment is to their environment/territory/turf, not to us, whereas our dogs tend to treat us as if we hung the moon. These 5 things about cats may surprise you and deepen your bond with your feline friends. 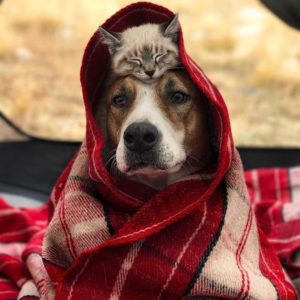 Even kittens who were properly socialized to people at precisely the right age and are quite comfortable around humans, don’t form the type of emotional attachment to their owners that dogs do, which was illustrated by a small 2015 study in the U.K.1

For the study, two University of Lincoln researchers used the Ainsworth Strange Situation Test (SST), a tool that measures whether a small child or dog has developed a secure attachment to a caregiver who represents safety and security in strange or threatening environments. They used the SST, adapted for cats, to evaluate 20 kittles and their owners.

Beyond the observation that the cats vocalized more when their owners left them with strangers than the other way around, the researchers found no other evidence to suggest the kitties had formed a secure attachment to their humans. According to the researchers:

“These results are consistent with the view that adult cats are typically quite autonomous, even in their social relationships, and not necessarily dependent on others to provide a sense of security and safety.”

This obviously doesn’t mean cats have no ties to their humans; however, we need to develop alternative tools to better measure the normal characteristics of the cat-human bond, since the concept of secure attachment isn’t among them.

If you know much about felines, it’s no great mystery why they’re so different from dogs and therefore, in their relationships with people. Cats evolved as independent loners, unlike dogs, whose wolf ancestors lived in packs with a well-defined social structure.

The domestic cat’s ancestor is the African wildcat, which hunts alone for small prey animals such as mice, rats, birds and reptiles. Wolves, on the other hand, need members of their pack to help them bring down bigger prey. The exception to this rule is the lion, who lives in packs (prides) like wolves, and hunts and eats communally.

In domestic cats, socialization during the first 2 to 8 weeks of life gives them the ability to socially attach to their human, but only on their terms, of course. Once a feral kitten, for example, is over 2 months old, it can be very challenging to try to “tame” him or turn him into an indoor kitty.

But regardless of how well-socialized a kitten is, she’ll retain her independence throughout her life. She can be extremely friendly and extroverted, but she’ll never submit to you as a dog will. She won’t hesitate to set you straight if you do something that displeases her, either.

And because cats evolved to be loners, they don’t have the communication skills dogs do. That’s why it’s so important to monitor your kitty’s behavior for signs she’s feeling stressed, ill or has an injury. If you find her hiding in her covered litterbox or in a closet she never visits, for example, chances are something’s wrong and you need to investigate. 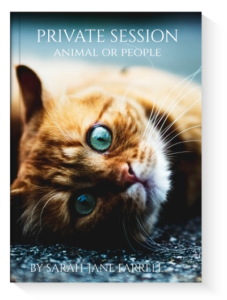 Despite Their Aloofness, Cats Enjoy Interacting With Their Humans

In a 2017 study, a pair of U.S. university researchers concluded that cats actually seem to like humans a lot more than they let on.2 According to Phys.org:

“[The researchers] point out that cats may simply be misunderstood, noting that recent research has found that cats have complex socio-cognitive and problem solving abilities. They suggest further that the commonly held belief that cats are less reactive to social stimuli might be due to a lack of knowledge regarding the things that cats actually find stimulating.”3

The researchers set out to determine what types of things stimulate cats, and to what degree. There were two groups of kitties involved — one group lived with families, the other group consisted of shelter cats. For the study, the cats were isolated for a few hours, after which they were presented with three items from one of four categories: food, scent, toy and human interaction.

The researchers mixed up the items for the cats so they could better evaluate which they found most stimulating, and determined the kitties’ level of interest for a given stimulus by whether they went for it first, and how and how long they interacted with it. The researchers observed a great deal of variability from one cat to the next, regardless of whether they lived in a home or a shelter. But overall, the cats preferred interacting with a human to all other stimuli, including food.

The kitties spent an average of 65 percent of their time during the experiment interacting with a person, leading the study authors to conclude that cats really do like being around their humans, despite how they might behave around them. 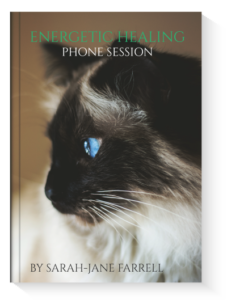 You Have More Influence on Your Cat Than You May Think

A study published in 2013 offered further insights into captive feline behavior.4 For example, did you know our cats take on human habits, or that they adapt their lifestyles to ours?

While genetics certainly play a role in feline personality and behavior, it’s clear environment is also a significant factor. “Our findings underline the high influence of human presence and care on the amount of activity and daily rhythm in cats,” says study co-author Giuseppe Piccione of the University of Messina’s Faculty of Veterinary Medicine.5

The purpose of the study was to explore the effect of different housing environ­ments on daily rhythm of total locomotor activity (TLA) in cats. The cats in the study lived with owners who worked during the day and were home in the evenings. They were all well cared for. The kitties were separated into two groups, with the first group living in smaller homes and in close proximity to their humans. The other group lived in more space, had an indoor/outdoor lifestyle and spent their nights outside.

Over time, the cats in the first group adopted similar lifestyles to their owners in terms of eating, sleeping and activity patterns. The second group became more nocturnal. Their behaviors were similar to those of semi-feral cats, for example, farm cats. Dr. Jane Brunt of the CATalyst Council made this observation to Seeker:

“Cats are intelligent animals with a long memory. They watch and learn from us, (noting) the patterns of our actions, as evidenced by knowing where their food is kept and what time to expect to be fed, how to open the cupboard door that’s been improperly closed and where their feeding and toileting areas are.”6

Indoor cats who spend a lot of time with their humans tend to mimic their eating habits, including those that lead to obesity. And if you happen to keep the litterbox in your bathroom like many cat parents do, you might notice Fluffy often seems to use her “toilet” while you’re using yours.

Feline personalities are often described in terms like “aggressive,” “arrogant,” “curious” or “timid.” These traits apply to people as well, and researchers theorize that cats’ environments may have a greater impact on their personality than previously thought. 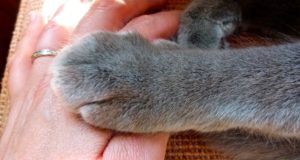 Dr. Dennis Turner is a leading expert on the feline-human bond and his research shows that unlike dogs, cats follow their human’s lead when it comes to how much involvement they have with each other.7 Some cat owners prefer a lot of interaction with their pet, others don’t have much time to devote or simply prefer less interaction.

Kitties are quite adaptable to their humans’ needs in this regard and fall into step easily with the pace the owner sets. They do this without complaint, and their independent, self-sufficient nature helps them get along without a need for the same level of interaction their canine counterparts demand.

Even more fascinating is Dr. Turner’s discovery that cats seem to understand the need for balance in their relationship with their humans:

“What we found was the more the owner complies with the cats wishes to interact, the more the cat complies with the owners wishes, at other times. They go up together, or they go down together. If the person doesn’t comply with the cat’s wish to interact then the cat doesn’t comply with the person’s wishes. It’s a fantastic give and take partnership. It’s a true social relationship between owners and cats.” 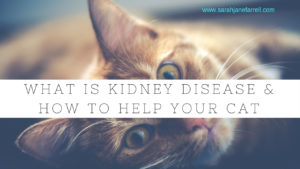 And with all the thunderstorms and scary holidays like Halloween, Divali and New year fireworks coming up, get yourself prepared to create a fear free environment and keep your cats and dogs safe ad calm by implementing these simple tools.

Now I want to know, how does your cat show you how much he/she loves you.

Please comment below and share any tips and tools you may have to help other kind people who love animals trust they are enough for their animal companies too.